Suma Ahenkro is an agricultural community of approximately 8000 people located in western Ghana. Situated in the Brong Ahafo region, the town lies two miles east of the border with Ivory Coast. Most members of the community live off of the equivalent of less than $1.50 per day. The town is home to one secondary school, Sumaman Senior High School, which enrolls nearly 750 students.
The Suma Ahenkro, Ghana program officially started in May 2014 when EWB-USA approved EWB-UMCP’s request to partner with the community. In an effort to bring positive change to Suma Ahenkro, EWB-UMCP is collaborating with the non-governmental organization (NGO) Changing Lives Together Inc. and the leadership of Sumaman Senior High School. Through this initiative, the school hopes to improve the academic performance of its pupils, ultimately increasing the number of students sent to tertiary institutions.

EWB-UMCP’s first project involved the implementation of a solar energy project and was completed in August 2017. The school experienced blackouts averaging six to ten hours per day. Some of these outages last upwards of 24 hours therefore hindering students’ abilities to study at night. In response, EWB-UMCP designed and implemented a solar power system to establish a more reliable source of electricity to three classroom blocks and the administration building on campus.

The next project the Ghana team addressed was a water distribution system that supplies safe and reliable drinking water to the school. In January 2018, a 7 member team traveled to Ghana and completed the construction of the water tower platform. With this installation, the cost of water for the school will be 10 times lower.

EWB-UMCP’s final project with the community is an expansion of the previously installed solar power system.  The team traveled to Ghana in January 2019 to install a photovoltaic system for Sumaman Senior High School (SHS). Over the past five years, EWB-UMD has powered half of the campus with solar power and built a water distribution system that supplies clean and reliable water to the more than 1000 students and staff.

The previous solar project has been a tremendous success, enabling more students to attend the school than expected. To accommodate for this growth, EWB-UMD installed a solar powered system to power Sumaman’s two-story classroom building. Now students will be able to study at night without concern about constant electrical outages. EWB-UMD hopes that these projects will ultimately result in a higher percentage of students attending tertiary institutions. 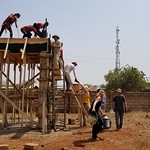 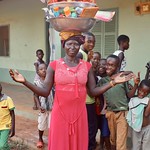 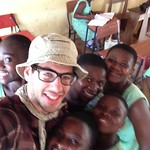 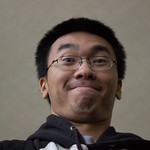 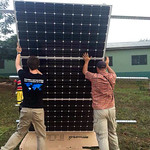 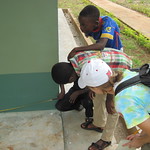